“I have to say we really started from a very naive place, I’d never been to a fun run, I don’t think most of the women working on our volunteer committee had been to a fun run and so we had really not much idea of what we were getting into.” Louise Davidson.

The Mother’s Day Classic has become a family tradition for many, since 1998 it has raised an impressive $19.8 million.

So how did it all start? What amazing gals are behind it?

Louise Davidson Mother’s Day Classic co-founder, is here to fill us in.

Martine Harte: Louise Davidson did you and co-founder Mavis Robertson have any idea the #MDC would be this successful?

I’ve read that Mavis Robertson saw a similar event in the States and it really spoke to you because you had lost your mum a few years before to breast cancer, how did you get the ball rolling?

Louise Davidson: We were both involved with an industry association called Women In Super and we were really conscious (being in the superannuation industry) that women who were affected by breast cancer were not actually getting to retirement age often.

I’d had the experience with my mother and we knew a lot of other women who were being diagnosed. At that time breast cancer wasn’t receiving its fair share of the funding pie if you like, so through women in super we set up some volunteer committees, I guess I pushed that and set up some volunteers groups in Melbourne and Sydney.

I have to say we really started from a very naive place, I’d never been to a fun run, I don’t think most of the women working on our volunteer committee had been to a fun run and so we had really not much idea of what we were getting into.

A lot of the Engaging Women interviewees speak about a little naivety being a good thing.

Louise Davidson: I didn’t even know when we were starting out that we’d actually have to measure the course so we’d have an exactly 4 kilometre course. I thought we could just do a lap of the Tan but then I was told the Tan isn’t actually 4 kilometres so you have to put a little loop in.

I think part of the strength is we didn’t come from that fun run background, so what we created is not a typical fun run and it has a lot of other elements to it that make it unique and special and really emotional as well.

It has heart and soul, which is a credit to you guys, participants feel like we are connected to something special.

One of the things that really struck me personally is that this has been a really powerful way for me to use the really strong grief I had for the loss of my mother. The first couple of mother’s days after my mother died – before the Classic – it was really hard for me. They were days of grief really, everyone else would go off celebrating with their mother and I would sit around feeling really sad thinking about the loss I’d suffered. But now I feel that sadness has been channelled into a fantastic outcome and I’ve seen so many other people do that as well.

That’s so great. How did you initially rally corporations to get behind the idea?

Louise Davidson:  We came from the lucky position of being in a young superannuation industry and so a lot of early supporters were actually service providers to the superannuation funds that we worked for. We were really lucky to have the goodwill of those organisations, and their willingness to get behind us.

It was a matter of knocking on a lot of doors, getting a lot of knock backs but also having some really strong supporters, a number of them are still with us.

Did you come up against much negativity?

Over time it became clear that Mother’s Day would become part of the power of the event. It’s interesting because over the years this has become part of the mother’s day tradition. I say to my kids, “I don’t want brekkie in bed, I want to go and do a four kilometre walk. Do something together as a family.”

What were you told as a young woman that you now wish you had have ignored?

Louise Davidson: I feel very lucky about two things: My mum was part of the 1970’s feminist wave, she was a real activist and involved me in a lot of that activism. I have early memories of marching down the streets calling for equal pay, women’s right to control their bodies, that was empowering to me.

One of the things that is special about the Classic compared to a lot of participation events is that it started as a form of activism to try and improve the health outcomes of women with breast cancer.

What’s your best advice for women who are passionate about making a difference?

Louise Davidson: I’m a great believer in collaboration; working together, team work and I think there is so much strength in working with other people. It means when you are starting to have doubts about what you are doing there’s always someone around to say, “Well no actually let’s try it this way.” 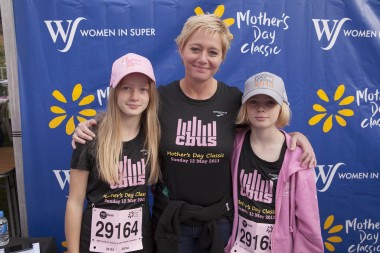 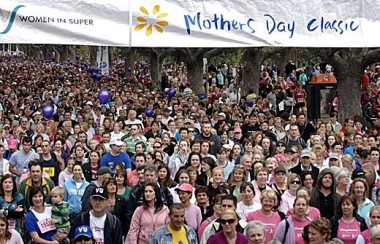 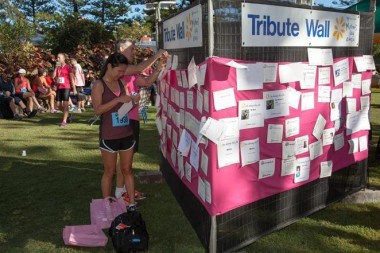 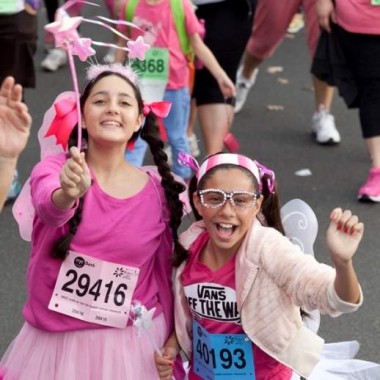 Thank you very much Louise and the entire team at the Mother’s Day Classic, you guys are amazing!