Martine is a dedicated voice for the advancement of women, diversity and a more compassionate world.

She founded the successful Engaging Women platform to elevate the voices of women through publishing, a speakers offering, networking, activism and consults big business, government and not-for-profits.

Engaging Women has helped drive the conversation that gender equality is vital for our progress and encourage more women to step into public life.

It contributes expertise towards events for Australian small business, big business and government. She judged the Telstra Business Woman of the Year awards.

16 Days of Activism event in the news

Martine was awarded a prestigious Melbourne Press Club Gold Quill Award for excellence, a Logie award nomination for journalism and judged the 2017 Telstra Business Woman of the Year awards.

“Thank you for your contribution to the Women@Work Conference. The conference was a wonderful success. It brought together representatives of the public and private sectors in the shared goal of gender equality in Victorian Workplaces. It also led to 25 organisations undertaking the Victorian Government Gender Equality Pledge.” 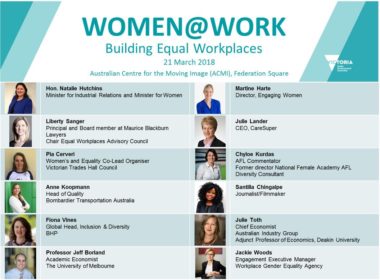 “The luncheon was a tremendous success. Your professionalism was outstanding and your contribution to the panel discussion kept guests both engaged and entertained throughout the event. We are confident that everyone left the event feeling inspired.” 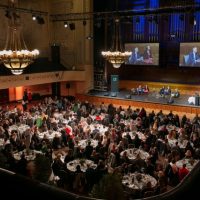 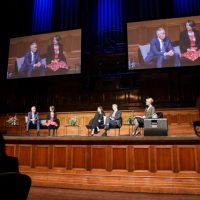 The National Library of Australia selected Engaging Women to add to its digital collections citing its cultural value.

Martine has moderated ‘Women in Stemm’ panels at the National Press Club in Canberra and consulted Telstra.

She was selected for Telstra’s influencer program in 2013. 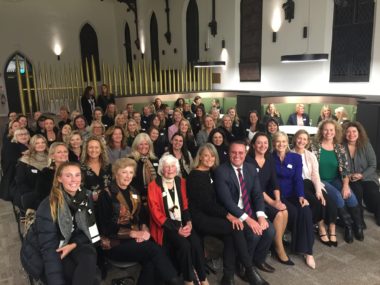 In June 2018, Martine drove a ‘Press for Progress’ event in collaboration with the Office of Tim Wilson MP in Bayside Melbourne.

She hosted the all-women panel and designed the first ‘Lifetime achievement award’ which went to 97-year-old Lesley Falloon OAM for her leadership.

It raised funds for Our Watch. 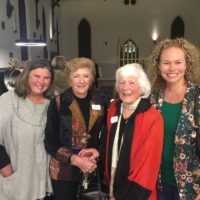 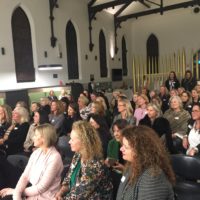 After more than a decade as a journalist, Martine responded to the changing media landscape by diving in head first; founding the digital platform to share the voices of women when there was very little like it in the space.

“Thank you for your inspiring words at our International Women’s Day event. You delivered a thoughtful, engaging and motivational address, which prompted much discussion among our team. We look forward to working with you again in the future.”

“The event enabled us to reach an audience we would not have been able to reach and raise awareness of our work in the prevention of violence against women and their children.

We have received only positive feedback from attendees and that is in part due to your work in the lead up to and during the event as MC.”

It a wide reach across social media and a strong subscriber base.

Interview with The Age, Spectrum magazine 2017:

“The Martine Harte story has now become very much a new-media journey.

Harte told her readers that Engaging Women was not going to be about “the usual suspects” but would harvest the insights and wisdom of female CEOs, corporate leaders, scientists and many others.”

Thank you so much for the outstanding job you did as MC for Lunch to Liberate. You were engaging, warm, smart, articulate and always in control.

We truly couldn’t have asked for a more perfect MC for the day and we felt very lucky to have you!

Martine was engaging, weaving her message of equality, empowerment and respect through her personal narrative.  Students and staff present were both entertained and educated – a pleasure to hear, perfectly pitched and something that every school community should hear.

Engaging Women also provides a vehicle for women to spark change through its Ambassador program. It helps raises money for family violence outreach, including several events raising thousands of dollars for Our Watch.

The promotion of these events also sends a message through popular culture that violence against women is wrong. Engaging Women seeks to find new ways to send this message through creative promotions of events.

Rosie Batty, Australian of the Year, is featured in the Engaging Women library. 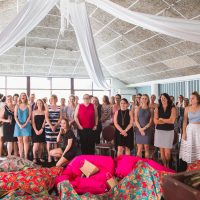 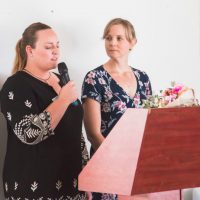 Find out more about our Ambassador program here 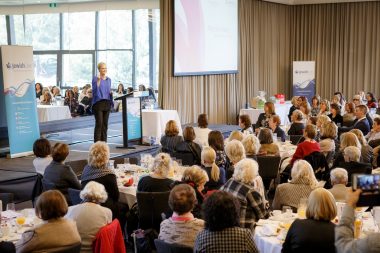 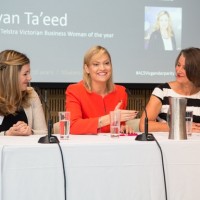 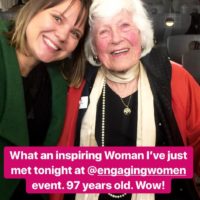 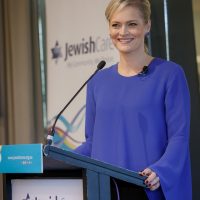 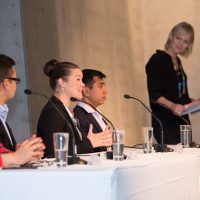 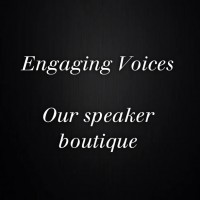 HOW YOU CAN MARK INTERNATIONAL WOMEN'S DAY 2021 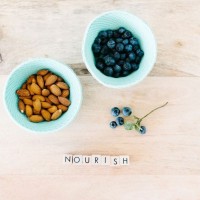 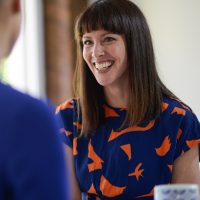 The art of self nourishment