“Often, because their photos were so heavily retouched I couldn’t recognise it was the same girl sitting across from me.” Chelsea Bonner.

That’s how I feel when introducing the stubborn, directional, thoroughly modern Chelsea Bonner.

She’s the brains behind Bella model management, a modelling agency which has HEALTHY – not models starving to be thin – on its books.

Bonner challenged popular convention and in doing so played a role in redefining the way many of the nation’s biggest retailers react to size 10 -18 models wearing their product. By identifying a gap in the market – and having the courage to go for it – young girls see more realistic looking women on the pages of high-end magazines.

Want to hear more about the diversity modelling industry pop over here for our monthly newsletter, more on this coming up. 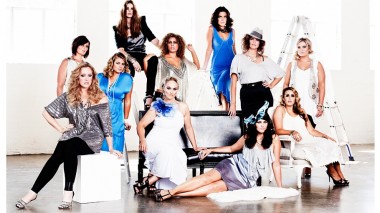 Martine Harte: Chelsea, in the beginning you worked as a photographer’s agent, casting modelling shoots for high-end magazines and you were witnessing something deeply disturbing, can you tell us what you were seeing?

Chelsea Bonner: The casting table became incredibly disturbing as more and more young models were coming in looking totally emaciated. Often, because their photos were so heavily retouched I couldn’t recognise it was the same girl sitting across from me. It wasn’t even the thinness so much, it was the limpness of their hair, the deadness in their eyes. Once I recognised I was unwittingly participating in that cycle of self-abuse I had to do something!

MH: Then it became personal, didn’t it? You had a ‘lightbulb moment’ after picking up your beautiful younger sister Hannah after a long haul flight?

CB: I picked her up from the airport and went into total shock at her appearance. We spent the afternoon at my house catching up and I remember being very afraid for her and trying to get her to open up and talk to me about it. Later that night we went out to dinner and I was able to observe her behaviour around food – sending everything back after taking a bite, moving around in her seat like she was trying to totally avoid looking at the food in front of her – so I decided to try again to get her to open up about her weight loss .

That dinner changed everything. My sister  looked me with almost no emotion and said, “I would rather be dead than look like you” ( a size 14)  It just shook through my body. Oprah calls them those ‘aha’ moments. It was beyond… just so down to the soles of my feet. I thought, I’m in a position where I can affect change if I choose to.

MH: So you set up your own agency hiring HEALTHY size 10-18 models who weren’t abusing themselves. But the real masterstroke was paying for high-end photographers to shoot them in a funky, modern way as opposed to the dowdy, kaftan wearing way bigger girls were always shot?

CB: I said to potential clients, “look it doesn’t have to be dowdy, it can be different. These are the statistics: 80% of women in our country are this size right now, so you are missing out on a massive chunk of the market. It’s also true that I was nervous to put my career on the line for that belief.

High-end fashion and health don’t usually go together and it was not at all considered glamorous to be healthy! It almost had to be an insider, someone able to have those conversations and I felt at the time I had gained enough respect of my peers that I could at least open to door to the conversation without being laughed out of the room.

My Nana told me when I was very young an old saying that is so true and so simple ‘ when you know better you do better’ it’s a very simple truth to follow. Once I knew I might be able to affect change I had to try.

Today Bella Model Management represents many highly successful models, including Robyn Lawley, best known as the first plus-size cover girl of Vogue Italia’s June 2011 issue. At 1.88m she is a size 14-16, unlike many of her contemporaries. 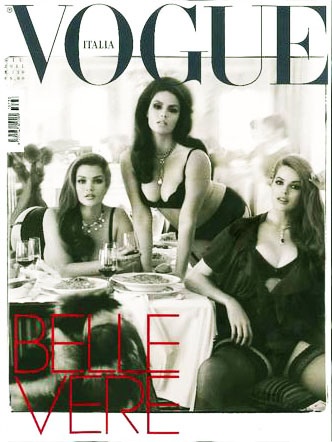 MH: last question: why do you think it’s so important that women lift each other up?

CB:  My best friend and I were talking last week about how much money we’ve saved on psychiatry over the years because we have each other…. Women share experiences with each other on another level. It’s girl code to lift each other up and be each other’s champions!

Want to hear more about the diversity modelling industry pop over here for our monthly newsletter, more on this coming up.

WANT TO SPARK CHANGE FOR GOOD? FIND OUT ABOUT OUR ‘AMBASSADORS FOR GOOD’ PROGRAM – YOU WILL LOVE THIS OPPORTUNITY… TAP HERE.