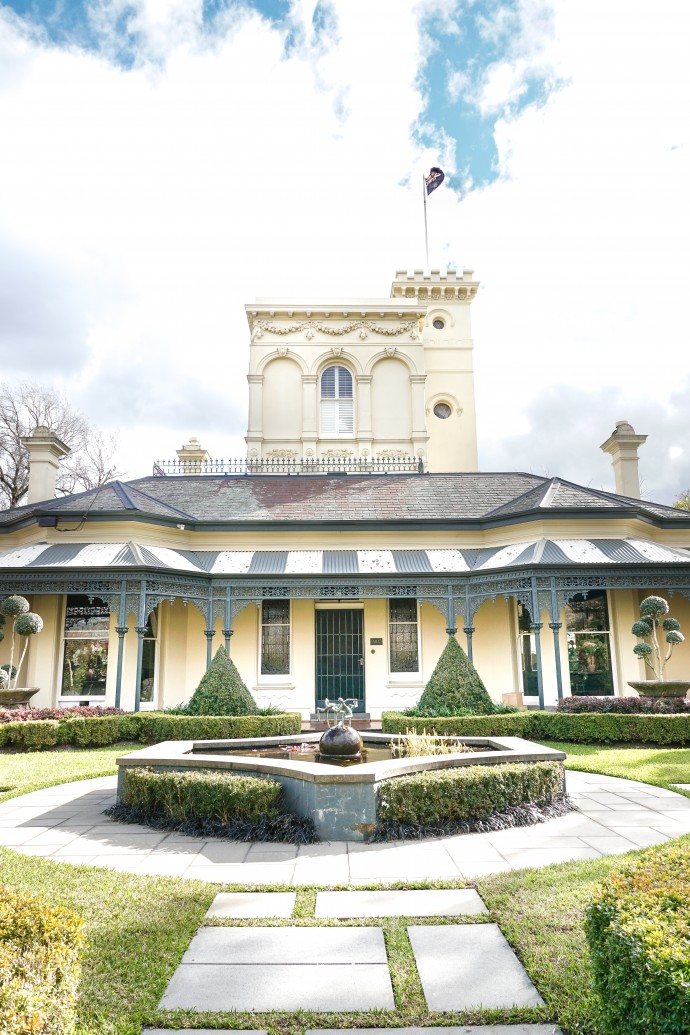 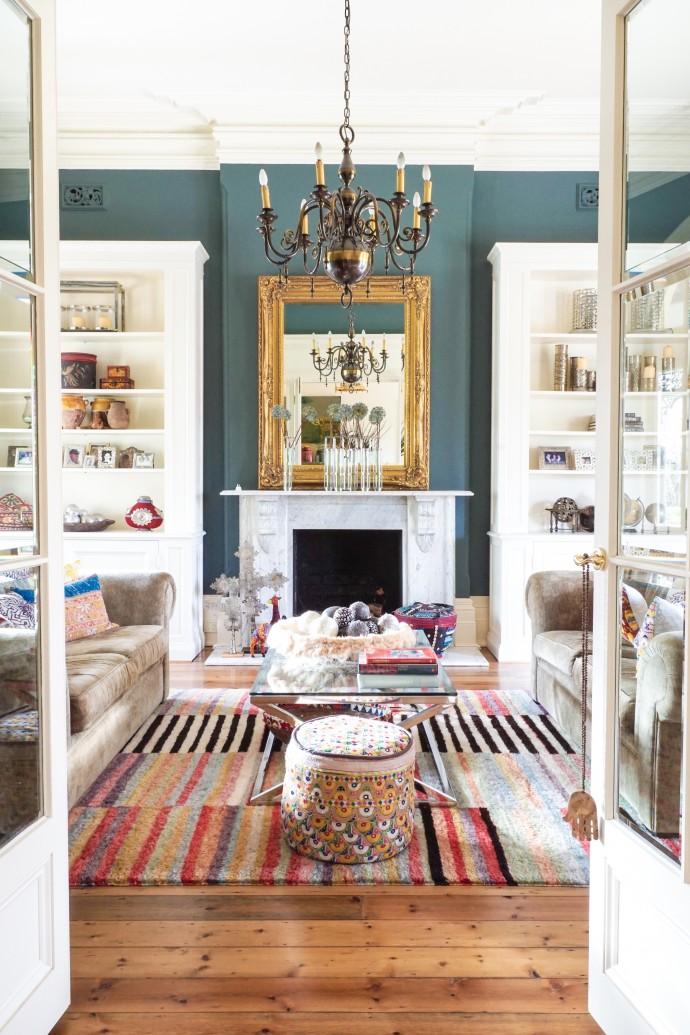 Pam is a hunter gatherer from way back, sourcing global treasures for her homewares store  Saltwater in Sorrento on Victoria’s Mornington Peninsula.

“I love anything that’s handmade, anything that has a past life, a bowl that was used to make grain or in a ceremony. I just find that very earthy and I think it makes a living space really special,” she says. 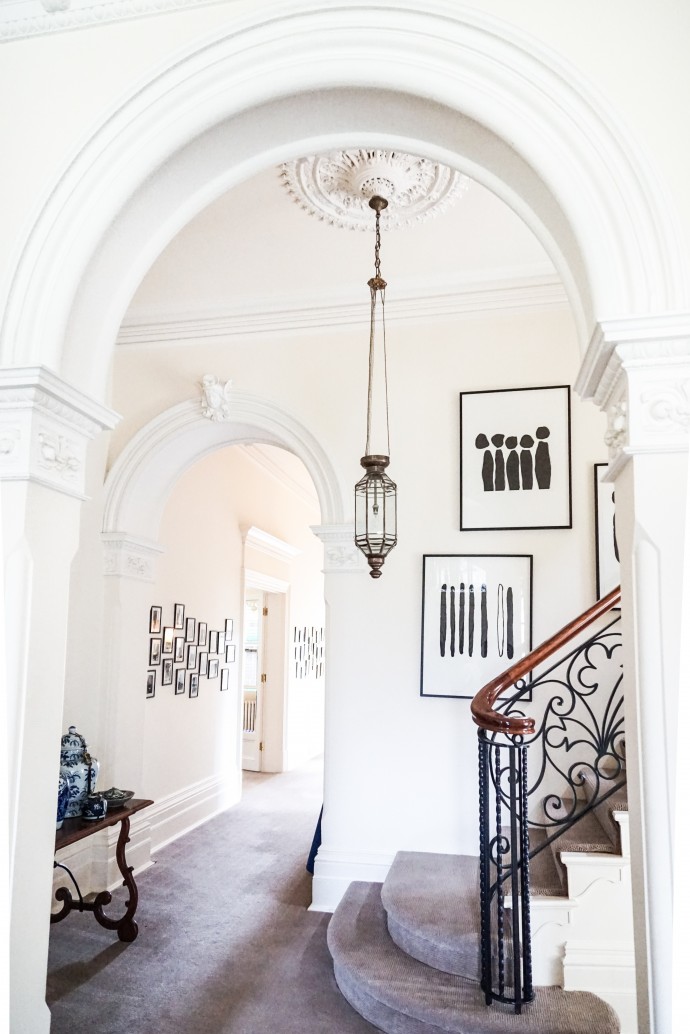 The McLaren’s have been here for almost two decades. So after a huge reno and raising two boys –now aged 22 and 24 – they’ve decided it’s time to move on. The home (of the same architectural style as Victoria’s Government house) fetched a record price for Camberwell.

“When we bought this house the entrance had bright orange wallpaper up to the tower. We’ve put the cornicing in, double doors in and every moulding that we’ve put in to the house has been copied from the original mould in the tower. As much as it has been our family home and we’ve adored it and it is sad to leave, wherever we are will be home because that’s what family is you know. ” 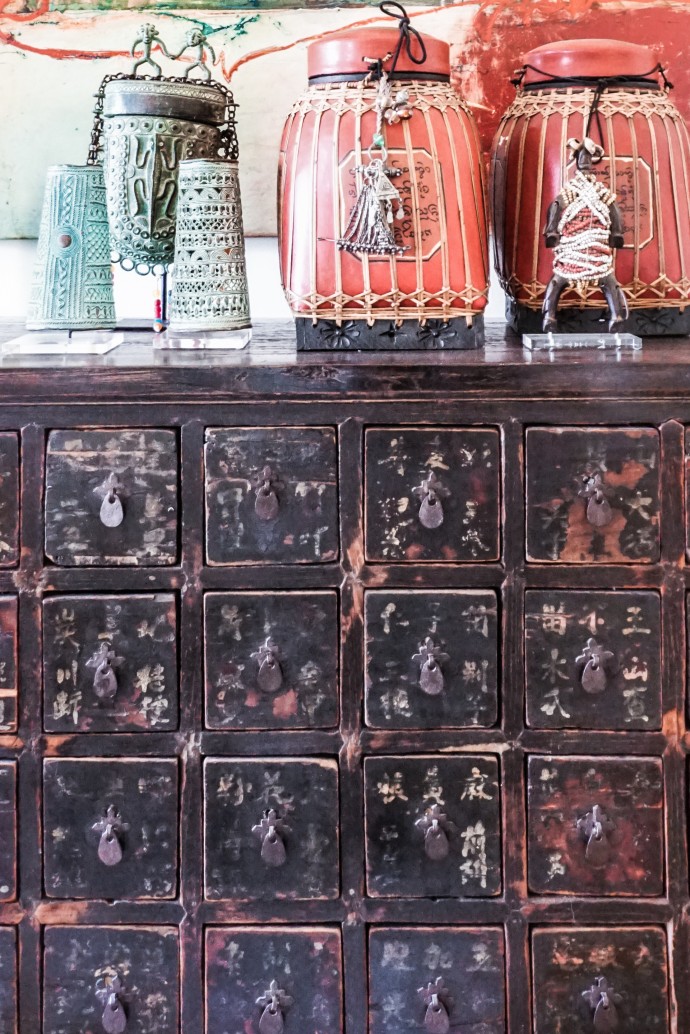 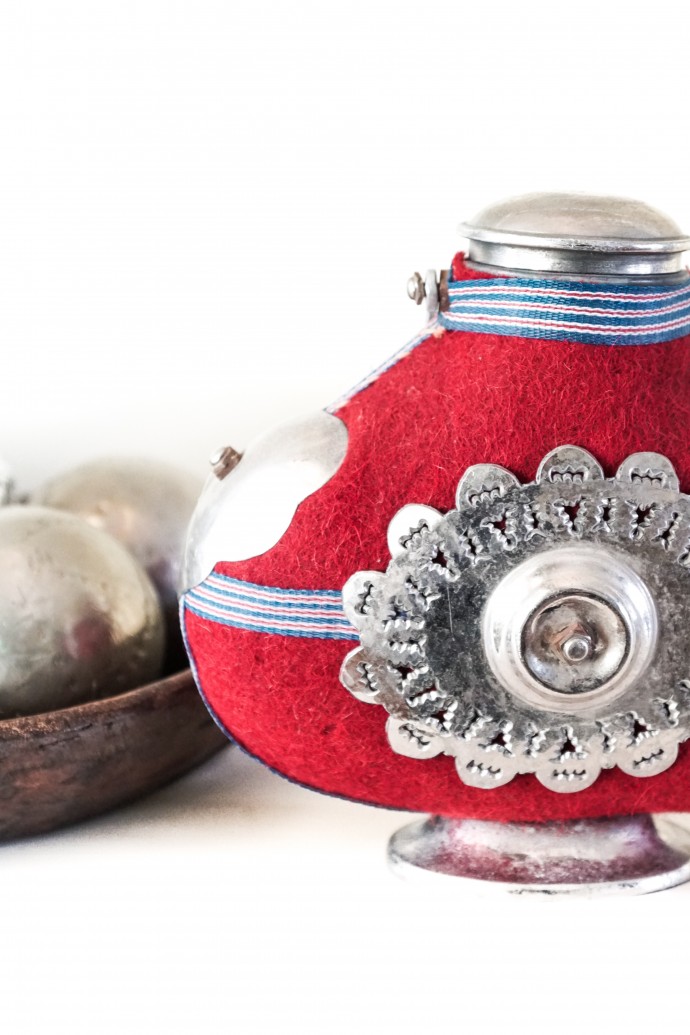 A lot of her objects have been crafted by the semi-nomadic people living in southern Kenya and northern Tanzania, the Maasai.

“Unfortunately now in places like Africa they have hardware shops with plastic so they no longer carve out that bowl to carry their grain or beat their grain. So those things are becoming more and more rare and people often don’t realise that. The Maasai have now registered their name to protect their traditional craft,” points out Pam. 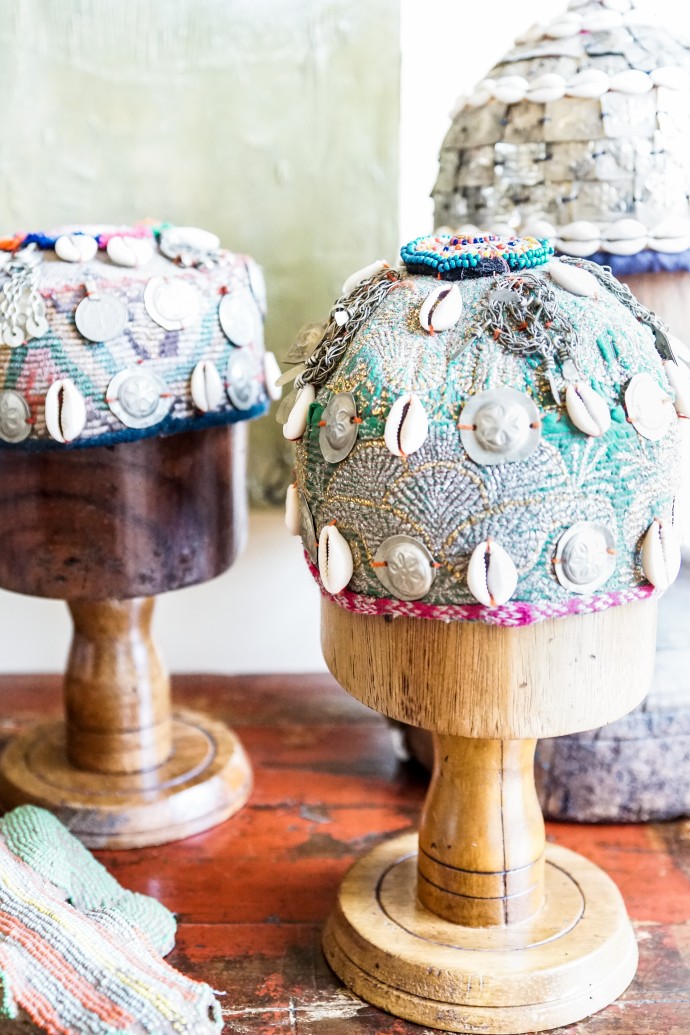 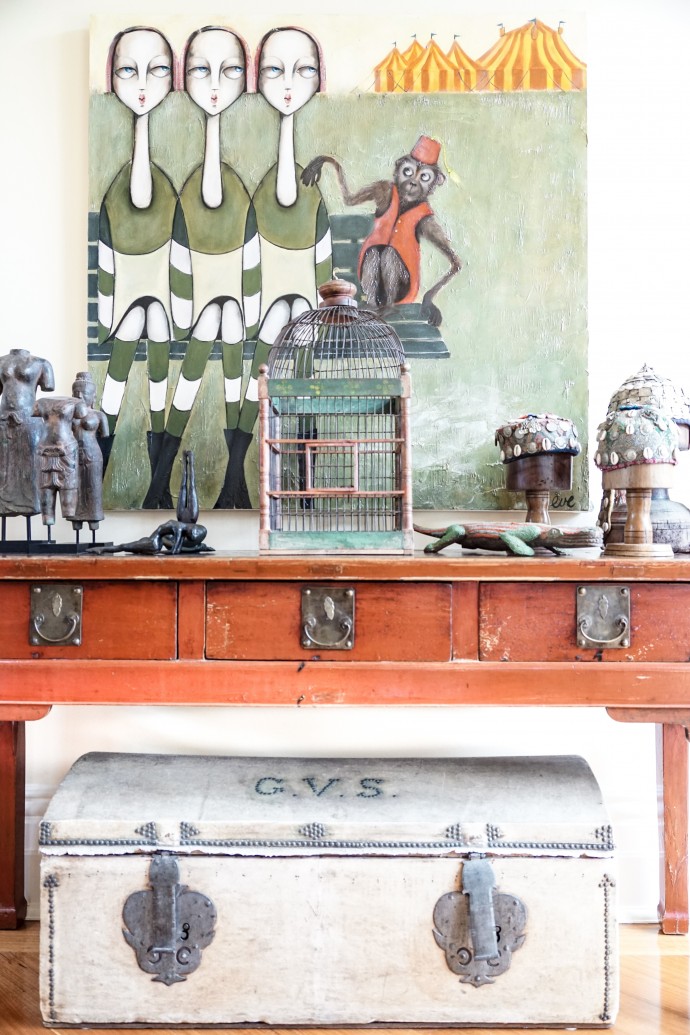 “I was driving past the shop in Malvern road and saw this divine trunk in the window, nearly crashed the car (laughs) I just love it. I think it belonged to someone called G.V.S (laughs)” 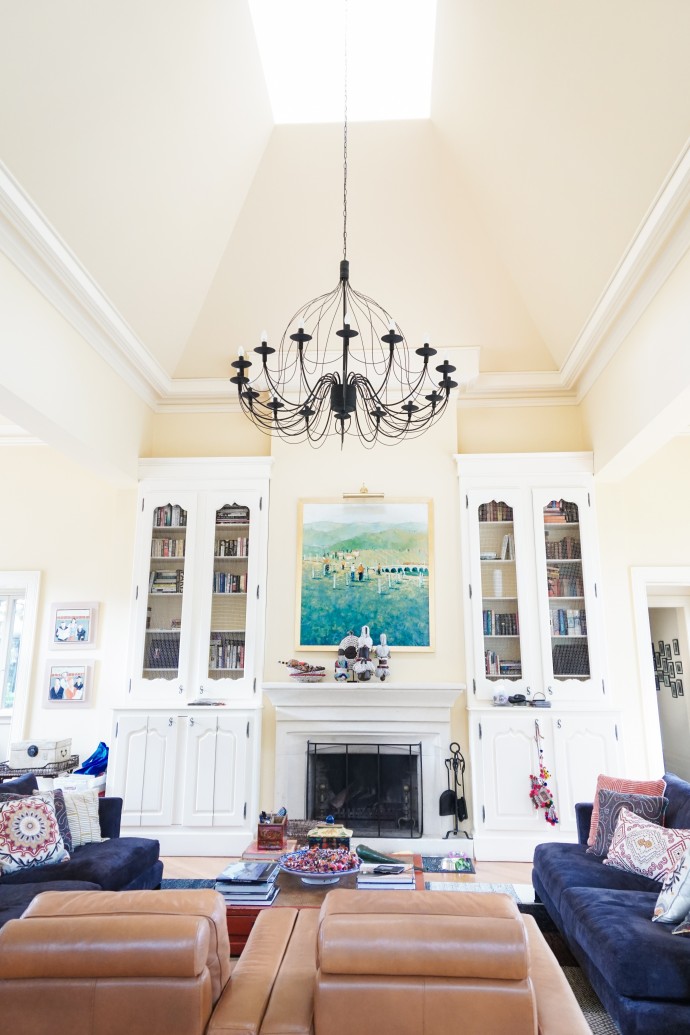 Pam says the tradies thought she was joking when she said she wanted to put this massive light fitting in the main living space. “They asked if it was going into a hotel, they thought it wouldn’t fit and they had a bet that it would get returned because it wouldn’t fit into anyone’s house and there it is.” 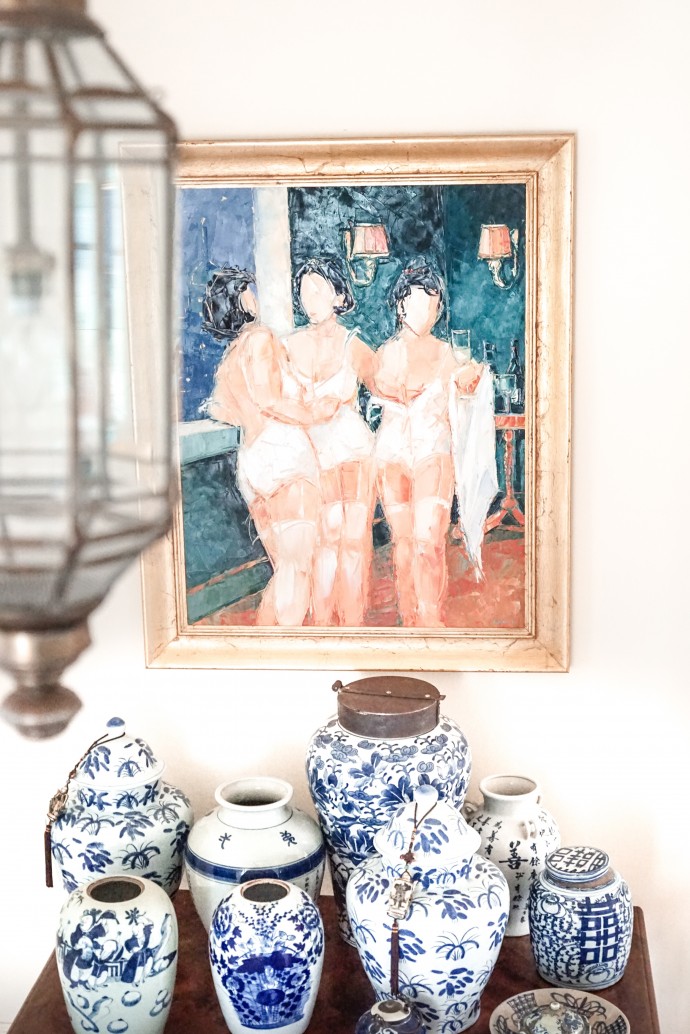 The family has purchased an amazing property on Melbourne’s St Kilda Road, making room for a new generation of little ones to discover ‘Ailu’s’ three levels and spectacular tower view. “It has personally been an honour to have renovated this beautiful home, the people who we bought it from lived here for 67 years and adored it too. It’s been a privilege to enjoy it for 18 years, but it’s time for another family to grow up here now.” 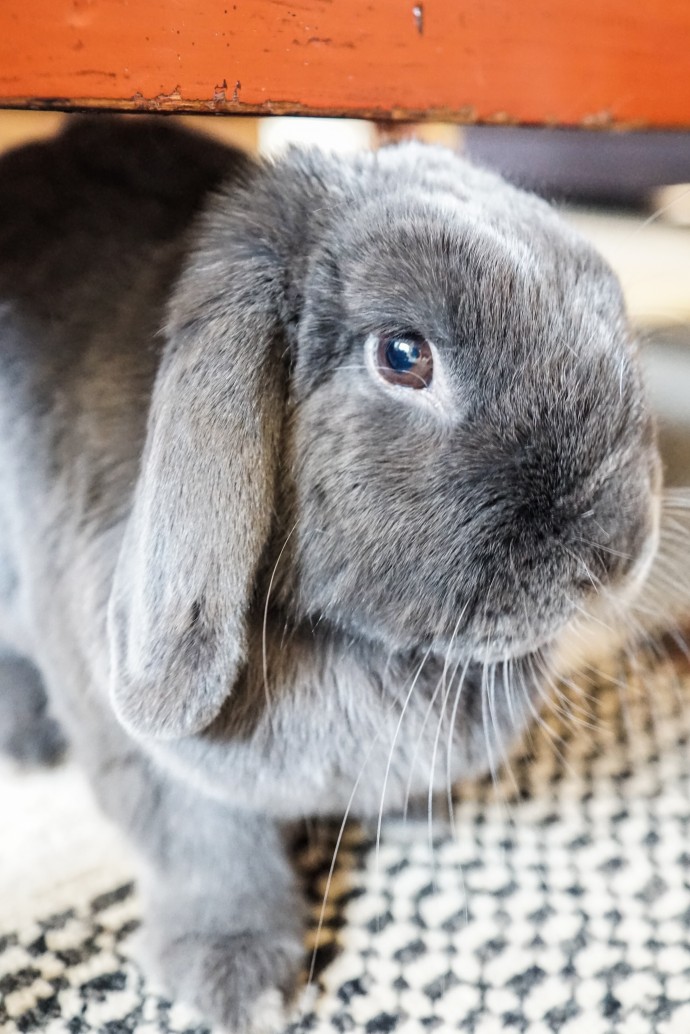 “He actually lives under my bed and he has a little hole near my window where he comes and goes.  You actually can’t imagine how funny it is to live with a rabbit. He’s the most gentle, cautious little thing and he’s got this free reign, he’s never locked up. He’s so curious about things and so funny.”

Thanks McClaren’s for having us, hope Leroy enjoys his new St Kilda Rd abode.