“Just be brave enough to take the first step. I didn’t realise who I was until I went to Space Camp and was challenged.” Jackie Slaviero.

She’s even been immortalised in a kid’s book.

After taking more than 300 kids to Space Camp USA and Space Camp Turkey she can add space entrepreneur to the list.

You see, this big thinker has been very busy presenting the case for Australia to have our own Space Camp. 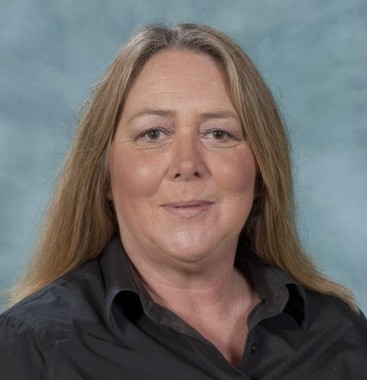 Martine Harte: Your bio excites the futurists among us: in 2007 you didn’t have a clue about space and now you’re the International Space Program Ambassador – Shut the door! (laughs)

Jackie Slaviero: (laughs) My career has been really interesting, I was very proudly a public school teacher in a school and through a series of crazy opportunities I ended up going to Space Camp in Alabama on a scholarship program in a time when I thought, “If this is teaching let me out.”

It absolutely turned my life around in one week of meeting incredible people who I’m still friends with today.

The scholarship was from Honeywell, the Honeywell staff put money into a fund to take teachers to Space Camp once a year. So they select 200-300 teachers from all over the world and they bring them all together for a week in Space Camp.

You come out of it having this self-belief that you can achieve anything.

You’re about to embark on your 11th trip to Space Camp, what happens at the program?

Jackie Slaviero: Oh crazy things, you launch rockets. You jump off 50 foot rock walls, you parachute backwards into a lake. You do the simulations they use to train astronauts, for a whole week you do astronaut training.

You also have lectures on space suit design, moon landing, Mars Rover, but you also do missions.

How are the kids selected?

Jackie Slaviero I take all kids who want to go.

Soon I’ve got a fireman and his daughter, a teacher from Victoria, and then a group of students and parents from Wagga. It’s a mixed group but you have to be ten-years-old and up.

Jackie Slaviero: I’m working on it! I’ve been talking with three different levels of government. That’s my big dream, not just Space Camp I want to open a National STEM Centre of Excellence. I resigned from my job Easter last year and that’s what I’m working on.

I want it to be a not-for-profit so that every single student in Australia can go for free.

If I get enough corporate sponsorship and industry backing from the Aviation Aerospace industry and also STEM community the amount of money that’s being invested in other things, this kind of immersive program has a massive impact over a long time.

What was the upshot of your recent meeting with Malcolm Turnbull?

Jackie Slaviero: It was just a very quick meeting and I’m hoping to get a bit more time with him or some of his advisors.

It was just very quick to say, “This is what I do.” I gave him a bright pink folder so it couldn’t be missed on his table.

There is a lot of focus on year nine, ten and eleven right now yet there is a lot of research on careers based learning in primary school it’s got to be real and relevant it can’t just be fictitious.

The STEM centre I won’t to open will be about robotics, marine science, not just Space.

What do the students get out of it?

Jackie Slaviero: I have so much evidence surrounding self-esteem building, the belief that they can achieve anything. One of the students I took away in 2008 said, “I could write a novel about the impact Space Camp had on my life.” It didn’t shape her career but made her belief anything is achievable as long as she believe it’s possible.

That’s the kind of thing. It’s not just creating ideas around Space, it’s also about hope, vision, empathy and all other things which lead to resilience.

Might be a way to lure more girls into STEM?

Jackie Slaviero: A lot of my reading is on how to engage more girls into this area. As long as there’s some kind of purpose or humanitarian or environmental aspect to it girls will engage.

They will really try hard to solve the problems because they are hooked in.

People talk about thinking outside the box, let’s just get rid of the box!

So far I’ve had five universities who have said they are very interested and given letters of support. Really now it’s down to getting a location and securing twenty acres of land.

We’re on the road now!

And big question now…. how much money do you need?

Jackie Slaviero: Twenty million. The whole project probably 60 million – but if we shift 1% of our Australian workforce into the STEM areas we increase our GDP by 57.4 million dollars annually.

So when you look at that it’s a small investment for a huge return.

Gulp. Have you got Elon Musk on speed dial?

I’ve spent seven years of my life and I’m just so lucky and grateful I’ve got someone supporting me not earning any money! (laughs) Science obsessed siblings Teddy, 17, and Ivy,13, have been to space camp in the US organised by their teacher Jackie Slaviero. Youngest sibling Emily, 9, pictured at Sydney Observatory, will soon join them. Photo: Wolter Peeters via Sydney Morning Herald.

HOOK UP WITH JACKIE:

More about One Giant Leap Australia by moon hopping over here

For teachers: more about the Honeywell scholarships here

Main post image of the 1st woman in space courtesy of NASA.

Sign up here for our next out of the ordinary feature.