Science has proven our guts do more than digest our food and Meg explains how the bacteria that live in our guts affect mental health, anxiety, how well we sleep, weight gain, cravings and energy.

Gut health is largely regulated by our genes (gah) but the good news there are things we can do to put us in the driver’s seat.

Hear Meg explain that 70% of our immune system is in our guts and why it makes sense for us to have our digestive system functioning as best as possible. 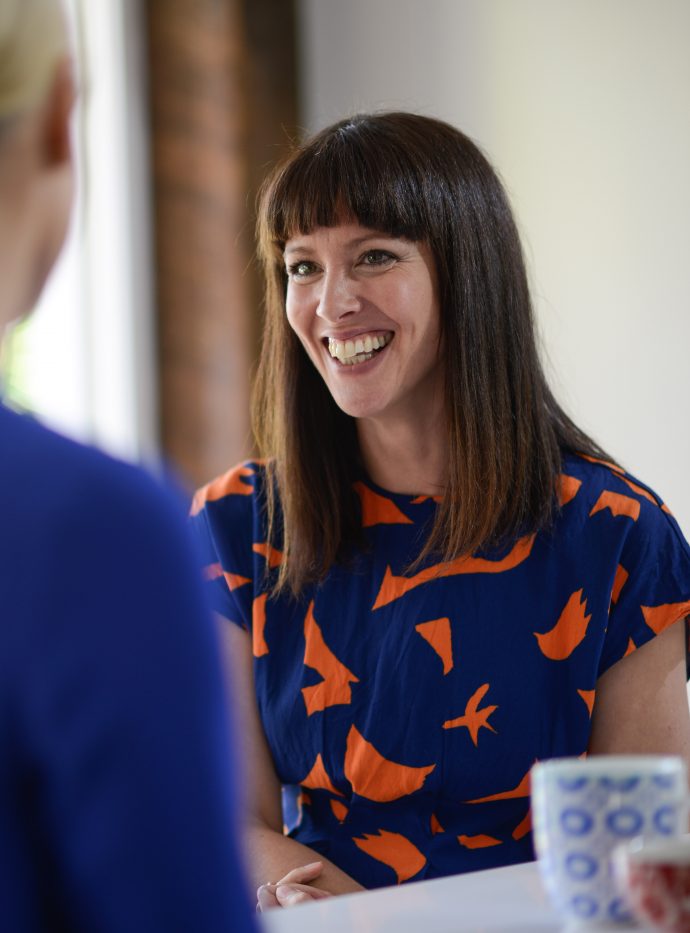 Meg Thompson is a qualified nutritionist, naturopath, wife to Matt and mum of two blossoms Ivy and Mae.

She is one of the many gem’s I’ve been lucky to meet through Engaging Women and it really wouldn’t have been fair not to share her insights with you!

Subscribe to learn Meg’s number one ‘trick’ when it comes to her family’s health and wellbeing.

Connect or contact Meg Thompson at My Wholefood Romance over here.

One key role of the gut microbiota is degrading the carbohydrates we can’t digest into short-chain fatty acids. These help regulate our metabolism and are also important for keeping our colon cells healthy.

Changes in our diet can rapidly change the gut microbiota. Generally, a high-fibre diet which is low in saturated fat and sugar is associated with a healthier gut microbiome, characterised by a greater diversity of organisms.

On the other hand, diets high in saturated fat and refined sugars with low fibre content reduce the microbial diversity, which is bad for our health.

Our animal studies have shown that consuming an unhealthy diet for only three days a week has detrimental effects on the gut microbiota, even when a healthy diet is eaten for the other four days.

This may be because the gut microbiota are under selective pressure to manipulate the hosts’ eating behaviour to increase their own fitness. This may lead to cravings, akin to your system being “hijacked” by your microbiota.

How gut microbiota affect our behaviour

Apart from regulating gut health, there is compelling experimental evidence that gut microbiota play a role in regulating mood.

Several studies have shown that depression is associated with changes in the gut microbiome of humans.

Depressed patients showed changes in their abundance of firmicutes, actinobacteria and bacteroidetes. When these patients’ gut microbiota was transferred to mice, the mice showed more depressive behaviour than mice that received biota from healthy people.

More work still needs to be done as it is unclear whether this may indicate a causal relationship, or be related to other factors associated with depressive disorders such as a poor diet, changed sleep patterns and drug treatment.

Emerging evidence suggests that gut microbiota can influence other behaviours through the “microbiota-gut-brain axis”. Put simply, the gut and the brain communicate in part via the microbiota, which links the emotional and cognitive centres of the brain with our intestinal functions.

Recent work from our lab showed that rats consuming diets high in saturated fat or sugar, for just two weeks, had impaired spatial memory. These rats consumed the same amount of energy as the control rats (those on a regular diet) and were also a similar body weight.

We found that the memory deficits were associated with changes in the gut microbiota composition and genes related to inflammation in the hippocampus, which is a key brain region for memory and learning.

Similar memory deficits have also been reported when healthy mice were transplanted with microbiota from overweight mice who had been fed a high-fat diet.

Together, studies such as these suggest the gut microbiota could play a causal role in regulating behaviour. This may, in part, be due to the different microbiota profiles influencing the production of key transmitters such as serotonin.

What can you do now?

Further research is needed into the relationship between poor diet, the gut microbiota and behavioural changes. In the long term, such knowledge may be harnessed to develop targeted therapeutic interventions to replace relevant microbiota diminished by an unhealthy lifestyle.

Meanwhile, the good news is that the gut microbiota can change relatively quickly and we have the capacity to promote the growth of beneficial bacteria which may ultimately improve a range of health outcomes. Eating a healthy diet of unprocessed foods, including adequate fibre, avoiding excess alcohol and getting enough exercise are key.

The good folk over at The Conversation have given us permission to share academic research surrounding gut health, find more here.